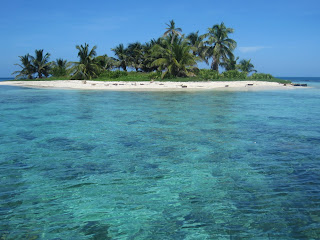 There has been a steady stream of hideousness in the news, despite the media’s obsession with deflecting us away from the stories that matter, based around two wealthy people getting married. I’m steering clear of all that for now as there has been something that is so wonderful and life-affirming I am in a state of utter delight every day I sit at my desk.

BBC Radio 4, described, quite rightly, by Stephen Fry a few years back, as one of mankind’s greatest achievements, has released the last 500 Desert Island Discs, available to listen to on the computer whenever you like. I’m in heaven, the opening bars of the music alone (By the Sleepy Lagoon by Eric Coates) has me in a state of excited anticipation and total relaxation.

The perfection of radio, the intimacy, the privacy, the feeling of being in a special place, alone, listening to remarkable people who have lived remarkable lives, is pure joy. To be able to relive those I’ve adored and discover ones I’ve missed is wonderful.

The website says it is trying to sort out all of the recordings since the series began in 1942. I’m fervently hoping they do, I can’t wait to hear the thoughts and favourite music, the odd luxuries and the great books choices, of people such as Celia Johnson, Michael Redgrave, Guy Gibson, Alfred Hitchcock, Frankie Howerd, John Osbourne, Alan Bennett, Bill Shankly, anyway, you get the picture.

My fingers and toes are crossed.

It’s hard to explain my feelings about DID, maybe it’s a throw back to my pre-teen years, lying in bed with my head under the pillow, listening to my little red transistor radio, gripping the plastic handle as I heard of exotic locales, derring-do and the mysteries of the universe via scratchy voices that made the world seem so vast it was beyond comprehension. It felt like I was the only person listening, and at its best created an excitement and tension that no other medium can match.

One of my greatest hopes growing up was that one day I’d be on there, picking my tunes, dissecting my life, and discussing how I’d survive on a desert island. Such a simple concept, and yet it creates the most engaging portrait of those who participate, getting underneath the public persona, lifting the lid on what makes these people tick whilst making us think and smile and empathise.

To imagine something being created now that is still running, and as good as ever, in 60 years time is almost impossible to imagine, but DID will be that age next year. A remarkable feat that is a testament to it’s creator Roy Plombley and the simpler days of pitching ideas, where someone said ‘I’ve good idea’ and someone else said ‘let’s do it’, as opposed to the myriad bullshit of focus groups, test audiences and endless coffee drinking that surrounds the creation of ANYTHING artistic nowadays.

So I live in hope that it survives another 60 years and fills many more lives with joy and maybe, just maybe, if I work hard enough, get lucky enough and sell enough copies of my novels etc I will make it on the show to tell them I don’t want the bible, but do want a lifetime supply of pick n mix.

Well I’m off, I’ve been listening to Martin Pipe’s and Nick Hornby’s and Ricky Gervais’s and now it will be Morrissey’s.
Marvellous.

The world is not all doom and gloom afterall 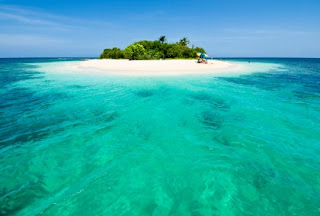 Reading - The last testament of the holy bible by James Frey
Listening to - Live on the Sunset Strip - Otis Redding
Posted by Sean at 08:03