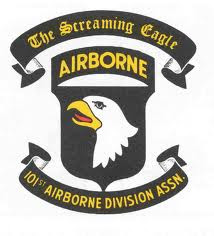 Apparently every person who chooses to join the armed forces nowadays is a hero. Not the word I would choose. A hero is someone who does something heroic. Not someone who puts themselves into the possibility of harm’s way, that may then lead to them doing something heroic. Perhaps. I’m not disputing they are brave, but heroic? No.

I was thinking about this the other day because it came to my attention that a rather amazing chap passed away this year. A man who in my own understanding of the word is ‘heroic’.

Dick Winters was not someone I grew up knowing anything about, unlike Douglas Bader and Guy Gibson, whose derring-do was drummed into me at school. No, Winters was a man I read about in Stephen Ambrose’s brilliant ‘Band of Brothers’ and then watched being portrayed by Damian Lewis in the remarkable mini series of the same name.

Born and raised in Pennsylvania he was a high-achiever at both school and college and upon the U.S. entering World War Two, he joined up. He excelled again in training and was selected for officer candidate school. He heard of a new regiment, one that used parachutes to jump into action, a new form of combat elite, and was sent to the 101st Airborne division at Camp Taccoa, Georgia.

They all knew their day would come.

In the darkness before the land assault on D-Day Winters and his men flew into heavy fire over the Channel, many of the C-47 planes were torn to shreds or blown clean out of the sky, losses were huge. The men stood in their stick in the noise and the Ack-Ack and the hail of fire then jumped out of the planes over France. Many were shot on the way down, many perished hitting trees or were drowned in rivers and other waterways, some survived.

Dick Winters, unaware their commanding officer had been killed, and without any weapon or equipment, rounded up 13 men and attacked a howitzer battery of some 50 Germans artillery men. The guns were trained on Utah beach. The assault knocked out the guns, killed, wounded or captured every enemy soldier and is taught at Westpoint to this day as the perfect way to take on a fixed position against superior numbers.
He was awarded the DSO and promoted to Captain.

In Operation Market Garden he led from the front again, taking out a group of SS infantry of 300 with one platoon.

In the Battle of the Bulge, with Winters now as battalion XO, the 101st were completely surrounded by 15 German divisions supported by heavy artillery, for a week, the line was thin, the cold was brutal, the shelling was constant, casualties were heavy, but they held. Winters then led his men to assault the town of Foy. They took it.

He became Major, and acting battalion commander of 2nd Battalion.

They moved into Germany and were given orders to capture Hitler’s Eagle’s Nest in Berchtesgaden. They were sunning themselves on the balcony enjoying the contents of Himmler’s wine cellar when the word came the war was over.

Eventually Dick Winters returned to the U.S. he married, raised a family, got more education from Rutger’s, through the GI Bill, excelled in a number of companies, began his own. He continued to lead by example, training officers, giving talks on leadership and attending reunions with his friends and comrades. He built a house on quiet farmland back in Pennsylvania.

Some quotes from his memoirs bear repeating:
Lead from the front. Say, “Follow me!” and then lead the way.
Remain humble. Don’t worry about who receives the credit. Never let power or authority go to your head.
Hang Tough!--Never, ever, give up.

In a world were the word hero is banded about a little too often for my liking I’ll stick with Dick Winters, and those other men of the Screaming Eagles, who left their jobs and lives in big cities and small towns and threw themselves out of planes into the inky night engulfed by violence and death because they believed that to not do so would lead the entire world into darkness.

Dick Winters reached his ‘Rendezvous with destiny’ in January. He was 92.