The World Series and me

So it’s happened. Just a few short years into my new obsession – Major League Baseball – my team, the Boston Red Sox, has made it to the World Series.

Now, this might seem unremarkable, after all I didn’t chose to support perennial strugglers like the Padres or the Mariners. I didn’t even go for an underdog like the Blue Jays or a loveable loser like the Cubs or the Mets. I chose a team that are expected to challenge every year. A team who have won two of their seven titles in the last 10 years. But, as we know with all sports, expectation, lucrative contracts and the ‘right’ to compete often have little bearing on results.

Indeed, coming off the back of the 2011 season (pitiful September collapse, no post-season, sacked manager, players who barely talked to each other and accusations of unprofessional behaviour) and the abject 2012 season (another sacked manager, finishing bottom, jettisoning three huge players (and Nick Punto)) the level of excitement and hope at the beginning of this season left a lot to be desired.

But something happened to these players during Spring Training. This blend of hardcore Sox veterans, exuberant youngsters, and seasoned newcomers found in each other a common belief that they could confound the experts, play with grit, determination and flair and be up there with the other AL East teams come September. 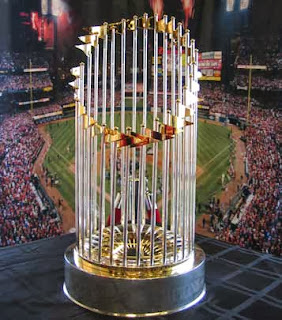 And boy have they.

After a season that has seen them rarely off the top spot, new manager John Farrell (a former pitching coach at Fenway) has fashioned a side that are hard to beat, never give up and play every single game to the final out. The amount of times they have come from behind, often from seemingly unsalvageable positions, is remarkable. As are the beards they’ve been growing since Spring Training.

They have been exhilarating and unmissable.
The bags under my eyes from endless late nights watching Ellsbury steal yet another base, Bucholtz put in yet another stella pitching display, Koji suddenly appearing from a crocked bull pen to be THE closer in all of baseball, all of it, has been worth every second.

First they took the AL East, then they saw off the Rays in the divisional series, then the tough Tigers to win the AL pennant for the 13th time.

And now it’s all up for grabs.

Tonight will see Jon Lester take to the mound as we take on that storied NL franchise, the St Louis Cardinals, to see who will win it all in the best-of-seven Championship.

And when the Red Birds meet the Red Sox, and that crowd roars, and that first base is taken, and those blimp shots from high above Fenway Park beam into my living room at 1am tomorrow morning, I’ll feel proud to be a member of Red Sox Nation and I will watch every pitch with the same fear, excitement and expectation as the previous 170-odd games already endured to this point.

Soak up every moment. It’s been a long haul. We've paid our dues. Red Sox Nation are back at the top table. Time to enjoy it.